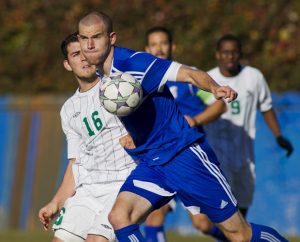 In front of the pack, UBC’s Niall Cousens scored four straight goals as the powerhouse Birds topped Saskatchewan to win the Canada West

2013 was an exciting year for the Roman Tulis European Soccer School of Excellence; not only was it our 20th anniversary, but the on and off-field performances of many of our current and former players paid tribute to Roman’s legacy and were a celebration of the school’s values. On the field, we had many players reach milestones in their careers:

• Mason Trafford made his debut for the Canadian national team in January, to be joined in the maple leaf in the spring by fellow alumnus and former training-mate Marcus Haber

• Asvin Chauhan, a member of the next generation of Tulis prodigies, stole the headlines by securing an invitation to FC Barcelona’s famed youth academy, FCBEscola. Recently Asvin’s Barcelona team won the Copa Barcelona Invitational Soccer Tournament and Asvin was the top goal scorer!

• Niall Cousens led UBC to a second successive national championship victory and collected tournament MVP honours as well as a memorable 4 goal performance in the Canada West conference final along the way.

• Paul Clerc, in addition to forming the backbone of this UBC championship side, received recognition from the Governor General for his outstanding work in the classroom as a student athlete!

• Jovan Blagojevic was a goal machine for SFU throughout 2013 in the perennially competitive NCAA, scoring the winning goal to secure a 4th straight regional title for The Clan and contributing to their journey to the Final Four of the NCAA Division II National Championships in December. 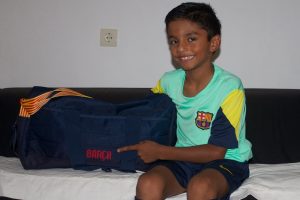 It all started when he followed his older brother to soccer practice. On a rain-soaked soccer pitch in Vancouver, Asvin Chauhan discovered early on what others spend their entire lives trying to find – his passion. He couldn’t have known it at the time, but following his passion for the beautiful game would lead to an invitation to train with one of the greatest clubs in the world, FC Barcelona. For many players, representing the Catalan giants at any level would fulfill a lifelong dream. For Asvin, who will be 10 this year, this is only the beginning for the Tulis prodigy.

Asvin, who started training with the Tulis school at age 6, is currently training with FC Barcelona’s youth academy, the world-renowned FCBEscola. In his very first match, this past fall, he scored a bicycle kick goal and more recently his Barcelona team won the Copa Barcelona Invitational Soccer Tournament and Asvin was the top goal scorer!

In May 2013, Asvin went to the open tryouts and found himself trying out with almost 3000 other boys, mostly locals. Despite not speaking the native language, Catalan, Asvin proved that soccer is a universal language, impressing the coaches enough to earn a second tryout and eventually a spot in the academy.

This isn’t Asvin’s first taste of European football, however. In 2012, his older brother was part of the Roman Tulis U-13 Boys’ Team that won the Dana Cup No. 1 in Frederikshavn, Denmark. Watching his brother compete – and win – against top European competition gave Asvin the belief that he could do it as well.

In addition to training at the Roman Tulis European Soccer School of Excellence for the past many seasons, Asvin played his league soccer with Coquitlam Metro Ford FC, where he was mentored by Tulis alumnus, former School Boy, and Hall of Fame member, Alfredo Valente. Alfredo took a personal interest in Asvin’s development and had him playing on a team with boys two years older than himself. Even against the tougher opposition, Asvin shone, leading his team in scoring.

Asked for any advice he could give to other soccer parents, Asvin’s father said to keep it simple and put the kids first. “I don’t have a soccer background, so I’m just there to be supportive. If he (Asvin) wants to do something, he’ll push himself to do it; he doesn’t need me to push him as well.” He also says that he’s extremely grateful to the coaches, players, and parents at Roman Tulis for providing his two sons with such a professional training environment for the last few years. “Everyone’s been great… I actually found out about this opportunity from other parents. They were the ones who showed me the [FCBEscola] website,” and he decided to take a chance. “We thought that even if it didn’t work out, it would still be an amazing experience.” Luckily the Barcelona coaches liked what they saw – and given how well Asvin has adapted to this next step in his soccer career, he’s only going to continue to impress.

2013 – Tracking Tulis Alumni Around The World 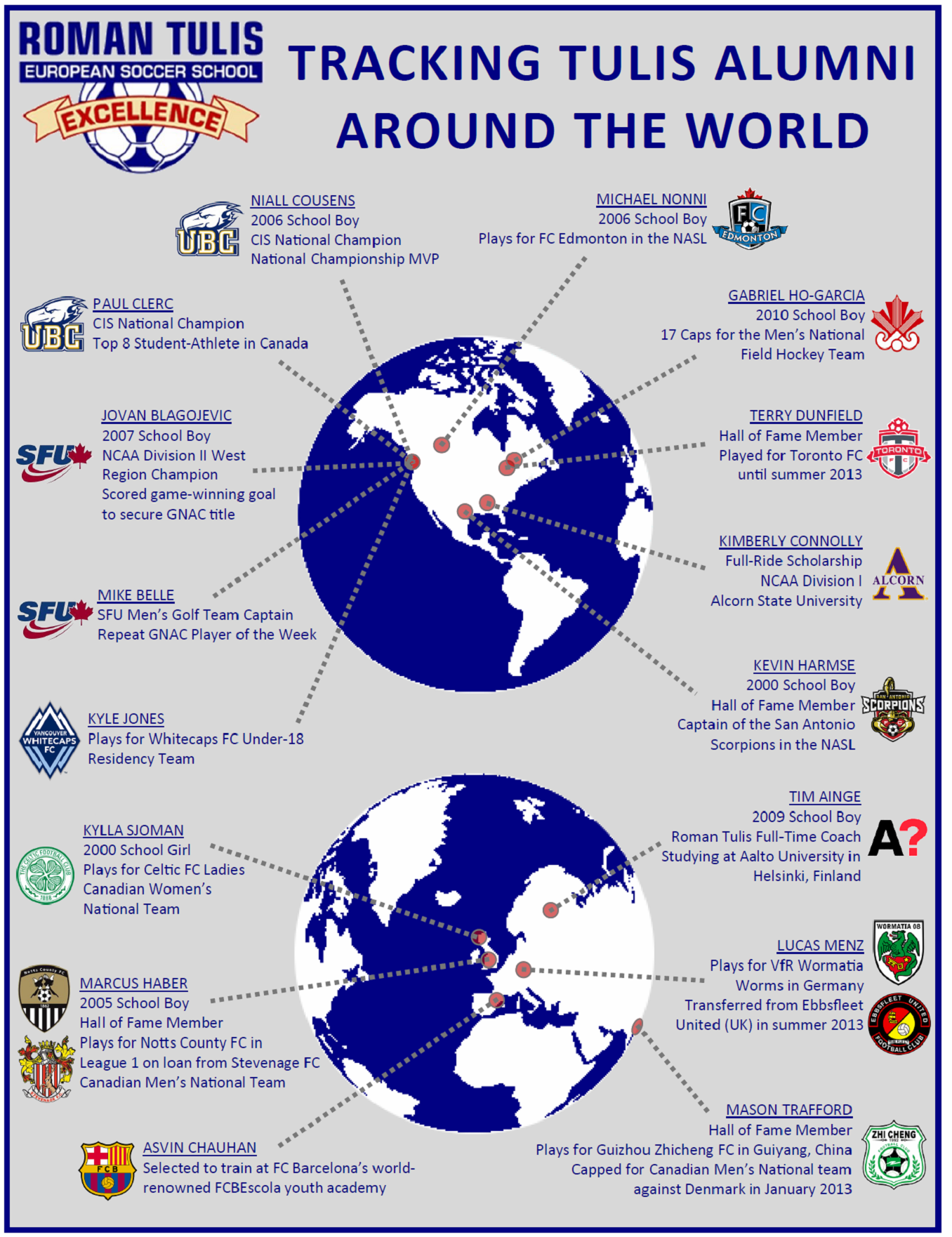