The Roman Tulis European Soccer School of Excellence (RTESSE), under the personal direction of Roman Tulis, a successful and distinguished European national youth coach, provides professional instructional programs for boys and girls who are serious about the sport of soccer. 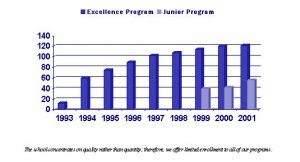 The school concentrates on quality rather than quantity. Players accepted into either our Excellence or Junior Programs benefit from the school’s limited enrollment which ensures they train in small groups and in an intense and competitive environment. Roman Tulis has been a full time coach since 1978. A former Czechoslovakian, he served for ten years as youth coach for Slovan Bratislava, coached Slovakia’s National Youth Team, and was a youth head coach in Austria. The RTESSE full-time school opened in September 1993 with 12 students – the first of its kind in Canada to operate year round. Since opening in 1993, nine players are now playing with professional teams in Europe, and four players have received college/university soccer schoarships in Canada and the USA.

TULIS ALUMNI CURRENTLY
PLAYING IN EUROPE &
AROUND THE WORLD

The RTESSE U-13 girl’s team struck goldin Denmark and Sweden this past summer.

“The girls made European history as they were the first team to ever win both tournaments in the same year in the history of these prestigious youth tournaments!”

Tulis’ ’84, ’85, and ’86 boys competed against some of Europe’s finest premier youth clubs in Holland and were once again very successful. The boys opened their tour with a very exciting exhibition game against Ajax Amsterdam and went on to obtain 1 win, 4 ties and 2 losses at the International U-17 Soccer Tournament in Eindhoven, Holland. The boys played teams from Holland: PSV Eidenhoven; Sparta Rotterdam; NAC Breda; Roda JC; NEC; Fortuna Sittard; FC Den Bosch, from Belgium: KRC Genk and KV Mechelen, and from Germany: SC Koln. The tournament was for players born after January 1, 1984, and Tulis had only three players who were born in 1984 – the rest of the team was made up of ’85 & ’86 players.

This past April RTESSE 13 year old boys competed against some of Europe’s top youth teams in the Clube Atletico’s Easter tournament. This is a very elite Portuguese tourney, which annually selects the top three youth teams in the country, the two best provincial sides, a host team, and only two international clubs to participate. The Tulis boys came home with the trophy for 8th place and the “Fair Play” Award. Officials and coaches from the other teams expressed great admiration and respect for the boys caliber and style of play.

The Tulis school was privileged to compete with such teams as Athletico Madrid (Spain), Benfica Lisbon, FC Porto, Sporting Lisbon, and Selection of Lisbon.

European and South American coaches, as well as tournament organizers of the very prestigious seven-a-side Donosti Cup Tournament in San Sebastian, Spain, were surprised and ecstatic over the level of commitment, skill, and work ethic that the Tulis boys showed in their determination to reach the finals.

The boys not only came away with third place, but they were also presented with the trophy for the best team out of North and South America, and the pride in knowing that they were the only team in their age group to score on FC Barcelona!

The RTESSE U-13 girl’s team struck gold in Denmark and Sweden this past summer. The girls returned home from the Dana Cup Soccer Tournament in Denmark, one of the world’s largest youth soccer tournaments, and from the Gothia Cup 2001 in Sweden, touted in European newspapers as the “Youth World Cup” with two 1st place trophies in hand!

The girls made European history as they were the first team to ever win both tournaments in the same year in the history of these prestigious youth tournaments! Andrea McLachlan and Maria-Ashley Karaliolios were named all-stars in the Gothia Cup. Andrea, who was team captain, was named most valuable player in the final games of both tournaments. 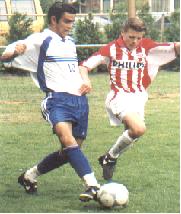 Santiago Fernadez takes on a PSV Eidenhoven player in Holland.

Four members from the RTESSE have received offers and have signed to play with professional soccer clubs in Europe. All four players were part of the same team that toured Holland in 2001.

The School Boy/School Girl award is presented yearly to RTESSE players who are dedicated, hard working, and committed to the game of soccer. They must have leadership skills, success with his/her own team, be a positive role model for younger members of the school, be an all round success as a player, and have that special quality that will take them the distance should they wish to pursue a soccer career.

“The School Boy/School Girl award is for players who are dedicated, hard working, and committed to the game of soccer.”

Tulis Alumni Currently Playing in Europe & Around The World

Roman was once again invited by UEFA to be a guest at their annual coaching information exchange in Europe. This was Roman’s third invitation to attend this coaching symposium. This year the event was held in Roman’s homeland – Bratislava, Slovakia – and was organized by FIFA & UEFA. This year 60 countries from around the world participated in this “by invitation only” world-class event.

Only national team coaches and technical directors from all across Europe, and a handful of honored guests from a few countries around the world were invited to attend. The topic up for discussion was “Bridging The Gap Between Top Talent and Top Teams.” The symposium offered various theory sessions and workshops run by top world coaches. Some of the presentations covered and the coaches who shared their experience and knowledge were the following:
Personality Development & Talented Players by Dr. Josef Venglos, Chairman of FIFA Tech. Development
The Best of UEFA Champions League 2000/2001 by Andy Roxburgh, UEFA Technical Director
Health Problems of Youth Player by Dr. Pavel Malovic, MD of Slovak National Team
Trends In Coaching Education by Howard Wilkinson, Technical Director FA of England
The Art Of Counter Attacks by Andy Roxburgh, UEFA Technical Director
Training Methods To Promote Young Talents by Uli Stielike, U-20 National Team Coach, Germany
Varieties For Efficient Movement in the Midfield Area by Frank Coulston, Asst. Director of Development & James Sinclair, Head of Youth Development, Scottish FA
Findings of U-20 World Championship Argentina 2001 by Jean-Paul Brigger, FIFA Director for Development Programs
The Handling Of Top Players presented by Craig Brown, National Head Coach, Scotland

At the Roman Tulis European Soccer School of Excellence, we focus on the development of the whole player, first and foremost as individuals and secondly as footballers. We believe in developing more than just their feet, and that “Ability will get you there, but character will keep you there.”
The school’s philosophy is quite simple. We believe that in order for a player to become better, it is imperative that an environment is created which is conducive to “learning”, that players can only improve when they receive quality coaching, and when other players who are of equal or better quality challenge them.

The Excellence Program
For Boys & Girls Ages 9 – 17
The Excellence Program is a 10 month program designed for those players who are dedicated to the game of soccer, who wish to push themselves to the best of their abilities and have aspirations of playing at the national level and beyond. Many of the players in this program have trained with Roman for numerous years and are playing at the highest level possible in their communities. Players who are accepted into this program receive personal attention from Tulis himself, and train in an intense and demanding environment against some of the best competiition available in their age group. Players become more knowledgeable and confident as they strive to reach their next “goal.”

Junior Program
Boys & Girls Ages 6 – 10
The Junior Program is a 10 month program designed for younger soccer players who are serious about taking their game to the next level. Players accepted into this program learn the fundamentals of soccer in a challenging and fun environment. Players develop positive training habits with emphasis placed on development of technical abilities through individualrepetition and an understanding of team and tactical play through small sided exercises.

Summer Program
For Boys & Girls Ages 6 – 13
The Summer Soccer Program is for all levels of players who want to experience more enjoyment from the sport of soccer. Players will be placed in groups based on ability after a comprehensive evaluation period and emphasis in training is placed on individual techniques, team play, and sportsmanship. The program is specifically designed to provide players with the opportunity to improve their skills for the upcoming soccer season. Our goals for each student are to learn new skills and to improve those they already have, and to learn how to make the best of their newly found skills with every team on which they play. 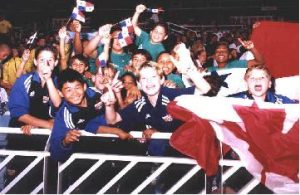 “Ability will get you there, character keeps you there.”
U-12 Boys Celebrate Third Place Finish in Spain.